Victor Earl Irons was a nationally renowned and respected nutritionist and health freedom fighter. He was born on January 23, 1895 in West Virginia, USA. In 1919 he graduated from Yale University. In his younger years he sold aluminum pots and pans, ate refined flour, sugar, and had a weakness for chocolate bars.

At age 40, he was diagnosed with a severe health issue.  Six different medical doctors in Boston, Massachusetts told him that there was no cure. He read a little about “natural methods”, and turned to cleansing, fasting, natural foods, and NO DRUGS! Within two months he had no more pain and within 14 months there were practically clinical signs of this health issue.

With this experience, his theory of life and disease changed, and became a position opposite to that of the entire orthodox thinking in the U.S. His theory became…

This theory is based on principles that scientists have proven, and he termed Natural Law. Natural Law states that the bloodstream will keep the body in perfect health if it is properly nourished and is able to remove all waste products from the body.

For twelve years, Victor Irons traveled throughout the country lecturing and teaching his principles of health to Rotary, Lions, Kiwanis, Optimist Clubs, Lodges, Church organizations, and PTA groups. However, he felt that too little was being accomplished, as his listeners found no way of following through on the knowledge gained. To be effective, he decided to produce and distribute products that would help people achieve proper nutrition and proper elimination, to live in harmony with Natural Law.

Frustrated with the lack of natural ingredients in the dietary supplements of the time, Irons worked with Dr. Royal Lee of Standard Process and Harold Pratt to develop a completely natural, whole food supplement that contained every nutrient necessary for mammals to live. He named this complete food GreenLife®, and began producing it in 1953. GreenLife® was the first dietary supplement of its kind, produced from the juice of cereal grasses: barley, oats, and wheat. Many products have tried to imitate, but none have equaled the quality, nutritional value, and “life” of GreenLife®.

Victor Irons also pioneered the use of psyllium and bentonite to clean out the digestive tract and promote bowel health. He emphasized that even the best food supplements were ineffective unless the body could absorb them. By educating such influential authors as Bernard Jensen (Tissue Cleansing Through Bowel Management) and Daniel Reid (The Tao of Sex, Health, and Longevity), his teachings reached far and wide. 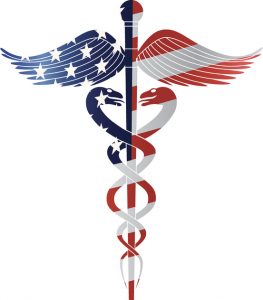 In 1956, Victor Irons was charged with 6 misdemeanor counts of selling “Misbranded articles of Drug.” One “Drug” article was GreenLife®, a dietary supplement containing a mixture of dehydrated juice of barley, oats,  and wheat grass, alfalfa, bone meal, brewer´s yeast, fish liver oils, and kelp. On the 22nd of October, after a lengthy and costly trial, Irons received “…a verdict of guilty of the offense of Violation of the Federal Food, Drug, and Cosmetic Act, (Title 21 U.S.C. 331 and 333).”

In a plea bargaining session prior to sentencing, the prosecutor and judge Francis J.W. Ford promised Irons he would not go to prison or pay any fine if he would just plead guilty and promise never again to claim that there was a need in human nutrition for the wholesome vitamins, minerals, fiber, and herbs he was selling, for which FDA said no need had ever been established. FDA and government prosecutors also insisted he agree to never again claim or imply that “…nearly everyone in this country is suffering from malnutrition or in danger of such suffering because of demineralization and depletion of soils and the refining and processing of foods…” Irons refused this plea bargain, stating that, “He would see them all in Hell before he signed his name to a bunch of lies and falsehoods.” He was fined $6,000 and sentenced to 6 years, one for each count. He paid the fine and served 6 months at the federal penitentiary at Danbury, Connecticut rather than recant his teachings.

Irons became a national health hero to thousands of health food store owners and enthusiasts who were equally “guilty” of selling therapeutic foods that FDA said were legally “drugs”. The Food and Drug Law was clear. It defined a “drug” as “…any article intended for use in the cure, mitigation, treatment, or prevention of disease in man.” That, of course, is exactly the “intended” use of health foods. 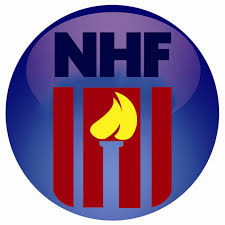 After his release from prison, Irons helped found the National Health Federation and served on its Board of Governors for more than 20 years. He gave thousands of dollars and hours of service to NHF to help make it the most powerful health freedom lobby organization in America. NHF was able to get the Proxmire Vitamin Bill introduced and unanimously enacted by Congress in 1976. It prohibited FDA from banning vitamins and minerals as drugs based on their potency.

Victor began a second family at the age of 72 and fathered his last child at the age of 80 – proof of his vitality and vigor. He passed away in 1993 at the age of 98 years old from complications of a car accident.

Thousands of people have benefited from his teachings of eating whole natural foods, fasting, and colon cleansing. He dared to read, think, speak, write and teach about health in a simple way that drew thousands to his lectures. His students, wife, family and friends loved him. V.E. Irons, Inc. continues to be a family owned and operated company that preserves his integrity, principles, and reputation in every product we have manufactured and distributed for over 70 years.

Any orders placed outside the continental 48 states must place order with customer service at: 1(800)544-8417 Dismiss